Wi-Fi connection from a router has a certain coverage area up to which you will get strong signals. As you go away from the router, the signals become weak, and the internet connection becomes poor. That is when we need to amplify the Wi-Fi signal and increase the coverage area and to do this, Wi-Fi repeaters and extenders come into the scene. Many people consider a Wi-Fi extender and repeater as the same, but they are quite different in many parameters. This article comprehensively illustrates the working and difference between these two devices.

What is a Wi-Fi extender? 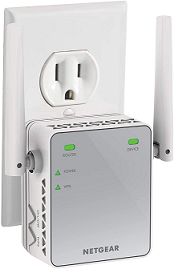 How does it work?

A Wi-Fi extender works by connecting to a router through Ethernet or coaxial cable. It does not amplify or strengthen the Wi-Fi signal. It only extends the coverage area of the Wi-Fi signal by getting connectivity directly from the router. It broadcasts its own signal through external antennas present. It is not rebroadcasting, and hence, it is more like having another router at your place. Since it transmits its own signal, it has its own Wi-Fi network name(SSID).

In a Wi-Fi repeater, the disadvantage is the reduction in bandwidth by 50%. However, with Wi-fi extender, there is no such reduction in bandwidth as it connects to the router via wire. As a matter of fact, there is also no more weakening in the transmission of signal from router to extender due to the presence of thick walls or wave interference. However, it is true that the latest extenders may not require a wired connection, but there are distinct advantages of a wired connection, as stated previously.

What is a Wi-Fi Repeater? 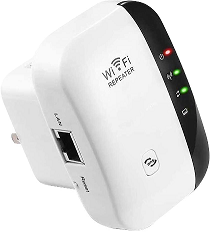 How does it work?

A Wi-Fi repeater works by creating a second network other than the network that is already created by the router. However, in the process of creating a new network, it cuts the network’s capacity in half.

While rebroadcasting, it is receiving and retransmitting data frames, and hence, double the amount of data frames are in use. This is cutting the bandwidth of the network by nearly 50%. Therefore, the connection can get very slow when you use the network to transfer large files due to the halving of existing bandwidth already.

Even though the purpose of both the devices appears to be the same, their working process is different, and we have already illustrated it. You need the devices to get a wider coverage area for your router’s Wi-Fi signal. You connect the Wi-Fi repeater to the router wireless, whereas the Wi-Fi extender needs a wired connection. You have to place the repeater at a place where the existing Wi-Fi signal has 50% strength. In contrast, you can place the extender in a dead zone where the signal strength of the existing Wi-Fi signal from the router is weaker. Here is the list of all the differences between a Wi-Fi repeater and Wi-Fi extender.

Which is best for your home?

The first thing you need to do is select a router as powerful as possible to get a wide coverage range. If you have already bought the router, you need to check its coverage area and find out the dead zones. The dead zones are places where the signal strength is almost zero, and the internet connection is very slow.

However, if the coverage is not half of your home or office and you need to extend the coverage in different floors and rooms separated by thick walls, a Wi-Fi extender is a better option. As a matter of fact, if the dead zones are relatively far away from your working zones where internet connection is a must, you need a Wi-Fi range extender.

Apart from that, if you need higher bandwidth, you should buy a range extender as a repeater cuts down the bandwidth significantly. Therefore, under normal circumstances, your first preference should be a Wi-Fi repeater if the range extension needed is not very wide and there is very little interference. This is because a repeater is cost-effective and easy to set up. If a repeater does not suffice your requirements, a Wi-Fi extender should be your automatic choice.

The general observation is that a Wi-Fi repeater is perfect for homeowners unless the home is a mansion. The Wi-Fi extenders are more for offices and commercial workplaces.

Hopefully, you have understood the differences between both network boosting devices. Many people call both the devices as Wi-Fi boosters as they know that their purposes are the same.  There is no point in buying a Wi-Fi extender spending more money and time in setting it up when a Wi-Fi repeater can get the job done for you.